Ecuador's visa rules were updated 10 March 2022. It's still early days, but we've updated our visa calculator to reflect these changes.
You can also reach us here and we'll do our best to assist.
Home
Culture, Food

I remember my first guaguas de pan y colada morada experience. It was in the neighborhood of Nayon in Quito. Several shops, especially the bakeries, were all selling these colorful breads that were shaped and dressed like baby dolls. These baby-shaped, sweet buns were always accompanied by a thick, purple fruit drink.

Only later did I find out they were linked to the widely celebrated holiday of Día de Los Difuntos (Day of the Dead) that takes place on the 2nd of November.

By the end of this article, you'll understand the history, cultural significance and even know how to make your own guaguas de pan and colada morada. Let's go!

What exactly are guaguas de pan and colada morada?

Guaguas means baby in Kicwha, which makes sense when you see the bread is shaped like a baby and decorated with icing or other sweets to provide further features.

Colada morada is a purple drink made from an assortment of fruits such as strawberries, babaco, mortiños (Andean blueberries), black corn, herbs and spices. It's normally served hot, but we also enjoy it cold.

Colada means 'strained' in Spanish, which refers to the fruit that is strained out. Morada means 'purple'. So, the literal translation of 'strained purple' makes sense, but doesn't roll off your tongue like the Spanish version.

The story goes that prior to the Spanish conquest, the indigenous communities of Ecuador would celebrate Aya Marcay Quilla during November. This marked the start of the rainy season. During this celebration they would unearth their mummified loved ones and escort them around their village whilst they celebrated with food, drinks, music and rituals.

The bread was originally made from a mixture of cornflour and pumpkin, and the drink was not as fruity - some historians also talk of a blood drink that was consumed around this time which could also account for the deep purple color.

When the Spanish arrived, they quickly outlawed any practice of mummification. The local Indian population were forced to adapt and started adding different fruits and spices to the colada morada. And, as the Spanish introduced wheat, this would later be used as the base of the sweet guaguas.

What is the significance today?

Día de Los Difuntos is still very important to many Ecuadorian families that use this day to celebrate their departed loved ones. Whilst they don't exhume the bodies, they might still share some colada morada and guaguas de pan with them at the cemetery to provide nourishment for their loved ones.

The families also spend time cleaning and arranging graves with flowers whilst at the cemetery. I spent one Dia de Los Difuntos at the famous cemetery in Tulcán and was very taken aback at how much effort had gone into sprucing up every single grave.

These two iconic Ecuadorian food staples are thoroughly enjoyed throughout the country. Whilst it's generally been a strong tradition in the highlands, coastal communities have more recently started embracing it too.

It's a time to reflect and honor loved ones that are no longer with us. It's quite different to what I would consider mourning for the loss - it's a celebration of their memory.

Of course, this day means different things to different people. This video from PUCE (a catholic university in Quito) shows a young Ecuadorian from Panzaleo community, describing his conversation with his grandmother about her experience with guaguas and colada morada growing up in the 1960s.

It's a lovely story. Some of my favorite takeaways:

The video is in Spanish, and there no English subtitles. I've provided the translation below:

"Kicking the feet. I'm going to rest". My grandmother used to say that. I never really understood what she meant by I'm going to rest by kicking my feet. Kicking your feet? It was weird. But it's a phrase that reminds me a lot of her. Just like this colada with guagua de pan. I remember once, a long time ago, when I was a child, I was helping my grandmother harvest corn and suddenly I found an "illa" a black one! An "illa" is corn, momma corn with its little children who have grown right there with her. That's what we call an illa.

I found this black corn with black babies, and I say: "Mama, mama, look at what I just found!".

So I asked her: "Do you know any story about this?" Excited to see what she could tell me with all the great wisdom that she had. And my grandmother says, "Have you heard of Mama Negra celebration? " And I say "yes, I think it's the black people's festival in Latacunga." And my grandmother just smiled and said: "Maybe, but I haven't seen black people in Latacunga. What my grandparents, my ancestors, have told me is that the festival of Mama Negra is in honor of this black corn that you have found. That's why the black mother in the parade carries a black daughter because she refers to this corn, the illa. The Otavalos, on the other hand, (your mother's family) they celebrate the white corn, the Inti Raimi in June. We, the Panzaleos, celebrate the black corn."

"This is so awesome, I didn't know that!" I replied, and seeking for more wisdome I told her: "Mama, its a really hot day, can we rest of a little while and you can continue with your stories?" And my grandmother says: Yeah, yeah you've lost your country strength city boy, you might get a heatstroke." Then we sat down to rest and she skied off her backpack. She takes out a bottle with Colada Morada. And let me tell you, after hard work in the field, there's nothing better than a cold glass of colada morada.

"Ahhh! Kicking the feet. I'm going to rest" she said and continued the story: "The first time I came to Quito was in 1960. And always, whenever we go, we took our little animals, our little seeds for cooking, and for survival. My grandma told me that city people did not like Colada Morada because it belonged to indigenous traditions and they despised Indian food very much. Now I find it so strange that everyone loves it!", and she added: " Soon, even the Otavalos are going to drink colada morada too!" (They don't like it since they have their white corn beverage called Shampoo)

And she continues: "It is strange to me that now colada morada is so popular when it was so rejected back on the days for being indigenous food. All the mestizos I knew did not like it. Now everybody drinks it, but they put fruits in it. We never did that, we put some ferment to have the fruity flavor."

"How interesting! It makes a lot of sense to me now!". I replied while we finished the last bit of colada morada. "Mama tell me more about this, it's so interesting! "And she replied: You lazy one, you just want to be resting, come on, let's finish the harvest quick! " "Alright, alright Mom!" I said and while we were returning to the field she said: "Have I ever told you about the fanesca and the uchucuta? I said no. "One day I will tell you about it. And one day I will make a video about that too!"

What Día de los Difuntos means to us

Michelle and I both have different thoughts on death and spirituality in general. But, we agree that Día de los Difuntos is a great custom to honor, respect, and celebrate our loved ones that are no longer with us.

We've also found it a very useful time to introduce death to young kids. Explaining what the guaguas de pan and colada morada mean to many indigenous Ecuadorians is a great way to broaden their awareness of other cultures as well.

My favorite source Ecuadorian recipes is Laylita. There's so many tasty delights and she also talks about what each recipe means to her. I really enjoy these additional insights. Her video recipe for guaguas de pan is below:

Whilst there are many great colada morada variations and recipes, I've also included Laylita's colada morada recipe because it's a great place to start. You can obviously experiment with your own fruits, herbs and spices to create your ultimate colada morada.

Sidenote: Andean blueberries (mortiños) are more acidic than regular blueberries, but we all go crazy for them at this time of the year. We enjoy them with our granola, to make muffins or even marmalade. They are one of the few fruits that are truly seasonal and difficult to obtain during other parts of the year. So, go get your fill!

What's your favorite colada morada? Feel free to let us know any special ingredients you include. For me, babaco & guayaba make it really pop!

BOOK YOUR NEXT ECUADORIAN FOOD TOUR 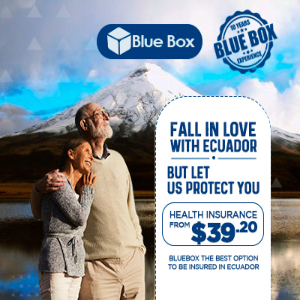 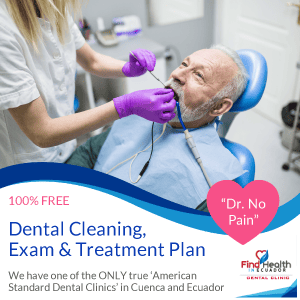 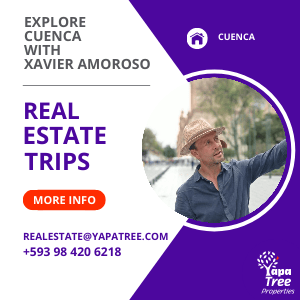 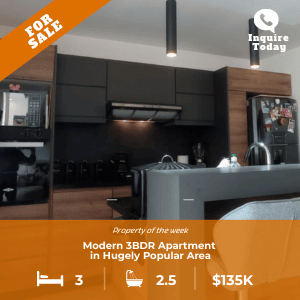