Ecuador's visa rules were updated 10 March 2022. It's still early days, but we've updated our visa calculator to reflect these changes.
You can also reach us here and we'll do our best to assist.
Home
Money

Is Bitcoin legal in Ecuador?

As Bitcoin pushes well past the 2017 all-time high of $20,000, several expats have reached out to ask whether Bitcoin can be legally used and traded in Ecuador.

The short answer is that trading Bitcoin and other cryptocurrencies is not prohibited in Ecuador.

However, this doesn't give Bitcoin the complete green light. The government has explicitly prohibited the use of Bitcoin and other cryptocurrencies as legal tender in a 2018 official communication:

Which roughly translates to:

"The Central Bank of Ecuador informs citizens that bitcoin is not an authorized means of payment for use in the country. Bitcoin is a crypto-currency that has no support, because it sustains its value in speculation. The financial transactions made through bitcoin are not controlled, supervised, or regulated by any entity in Ecuador, which is why its use represents a financial risk for those who use it.

It is important to note that the purchase and sale of crypto-currencies -like bitcoin- through the Internet is not prohibited; however, it is emphasized that bitcoin is not a legal tender and is not authorized as a means of payment for goods and services in Ecuador, as established by Article 94 of the Organic Monetary and Financial Code."

The official communication points out that "the purchase and sale of crypto-currencies -like bitcoin- through the Internet is not prohibited".

This places Bitcoin in a state of flux. You won't get punished for trading bitcoin, but the Government doesn't allow individuals to use it as legal tender because of its decentralized nature.

How to trade Bitcoin in Ecuador?

To my knowledge there are no specific exchanges that work directly with Ecuadorian banks. This makes it difficult to exchange crypto for USD (& vice versa).

You can potentially setup wire transfers from an exchange like FTX to a local bank, but you'd want to make sure your Ecuadorian bank is ok for accepting/sending cryptocurrency transfers.

You'd also want to be careful of accepting anything over $10,000 in one transaction because it will automatically be flagged for investigation thanks to anti-money laundering laws.

If you're coming from the US or another country that has some regulation in place for trading crypto, and you're comfortable with that, then this is most likely a much easier option for moving cash in and out of exchanges.

Perhaps the most accessible option available in Ecuador is to use the peer to peer trading platform, Local Bitcoins.

Local Bitcoins acts as the escrow provider. This is important as it stops you from getting scammed - ie if you try to buy Bitcoin from someone and they decide they don't want to send it to you, then Local Bitcoins can still release the Bitcoin to you.

There are also reviews for buyers and sellers so you have some idea to how reliable each person is.

Sellers nominate the payment methods they are comfortable with. Many sellers in Ecuador prefer to use Pichincha or Prodobanco, so it certainly helps if you currently bank with one of these as it will decrease the transfer time.

Even if you have a Pichincha or Prodobanco account, you still might need to transfer funds into your Ecuadorian account first. If this is you, read our guide on transferring money into Ecuador.

The two biggest downsides for using Local Bitcoins in Ecuador are:

You can see from the screengrab that the limits imposed by each individual trader is generally low (ie $20 - $300). There are some outliers that are will to trade higher amounts, but even these max out at around $1,500.

So, the maximum amount you'll be able to trade in any one transaction is $1,500. This is ok for the casual trader, but not great if you want to cash out in a hurry.

The spread is the difference between the lowest selling price & and the highest bid price.

For example, right now on Local Bitcoins the lowest selling price for BTC (Bitcoin) is $19,330. This is the cheapest you can currently buy BTC.

Whilst the highest buying price is $18,925. This is the most you can sell BTC for.

This creates a spread of $405, which makes it more difficult for you to make a profit. Say you bought BTC at the lowest selling price of $19,330 and wanted to sell sometime soon. Then you'd need to wait (and hope) that the highest bid price also increases above $19,330 from it's current position of $18,925.

Basically, the larger the spread, the more difficult it is to consistently make winning trades.

So, Local Bitcoins isn't suitable for day-trading (ie buy/sell during the same day). But, it can be a useful platform for swing or longer term trades.

There does appear to be confusion as to whether Bitcoin is legal or not in Ecuador. Even Wikipedia still states that Bitcoin is illegal in Ecuador thanks to moves by then-President Correa who didn't want any decentralized cryptocurrencies messing with his plan of introducing a state-based cryptocurrency in 2015.

What's your experience trading Bitcoin in Ecuador? I'm particularly interested in how you're getting fiat in/out of banks. 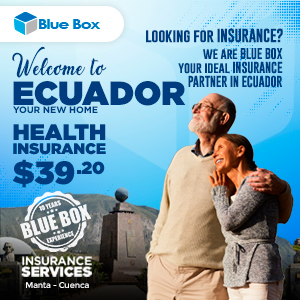