How I Ended Up in Ecuador

Just a few short years ago I hadn't even heard of Cuenca. In fact, I knew very little about Ecuador.

Fast forward to now. I'm happily settled in Ecuador and living a comfortable life. Even amidst the global pandemic that has been thrown upon us.

This is my Ecuador origin story. It's probably not what you expect, but that's ok. We each have our own journey.

I have an interesting relationship with Ecuador's government. Like many expats, I have my moments when I dearly wish government-provided services are more efficient. Expats generally come from privileged countries and have learned to take these basic services for granted.

But, if it wasn't for these inefficient government-run services, I almost certainly would not be calling Ecuador my home today.

And no, it's not because I'm a masochist or even an anarchist. You see, I was already in South America when I decided that I wanted to spend a couple of weeks kitesurfing in a country I hadn't been to before.

I'd already planned a trip to Medellin, Colombia and decided to piggy-back some kitesurfing onto this trip. The shortlist of destinations consisted of the Dominican Republic, Brazil and Ecuador. Ecuador just happened to be the only country that shares a border with Colombia, so I decided it would be fun to catch a bus all the way from Medellin to the Ecuadorian coastal province of Manabi. I was happy to spend the 24-hour bus ride to Quito admiring the countryside of both Colombia and Ecuador.

My problem when I arrived in Quito?

My kitesurfing gear that was being sent from Australia 6 months ago had still not arrived in Ecuador. Or maybe it had, but I received no notification or indication it had done so.

Ecuador was never a long-term destination

I've traveled a lot. My first 'round the world' trip included stints in several Central American countries such as Costa Rica, Guatemala and Belize. This was your traditional gap-year type trip between high school and university.

The furthest south I made it was Panama. Ecuador was not even a consideration for the trip.

Fast forward a few years and by then I'd lived in London, Netherlands, Toronto, Thailand, Vietnam and Dubai, whilst also visiting a host of other countries.

I always thought I'd graduate university, get some experience and then potentially live in a typical expat hub like Dubai, Hong Kong, Singapore, Tokyo, Beijing or San Francisco.

Ecuador was never on the radar. Maybe Buenos Aires if I really thought about it, but it was way down the bottom of the list.

I hated expat life in Dubai

Now, the first part of my plan went as I thought it might. I graduated with a couple degrees, gained some experience, and eventually found myself living the typical commercially driven expat lifestyle in Dubai.

It was a lot of fun. For a while. Enjoying the finer things Dubai has to offer is genuinely thrilling. The 'only in Dubai' experiences like incredible restaurants, excess luxury, indoor skiing and massive buildings are highly recommended.

And, how the UAE sheiks used engineering (& oil money) to turn a harsh desert into a thriving metropolis in just a few decades is remarkable.

But, my soul was empty. Money was seemingly the only shared goal of the expat and local communities. Interaction between the local Emirati and expats was not a priority for anyone.

I could come to terms with the fact I would never be truly welcomed, nor be treated like an Emirati. But, the wealth gap was gradually destroying my soul.

I'm talking about the wealth gap between Emirati and the true working-class that did all the jobs no Emirati needed, nor wanted to do such as construction, cleaning and serving food. These expats (or economic refugees) were from countries such as Pakistan, India, and the Philippines. They had limited options in their home countries and saw a move to the UAE as a way to escape poverty or war (or both).

They lived far from glamorously. Sometimes putting up with considerable abuse because they were afraid of speaking out as it might put their visa, and livelihood of their whole family, at risk.

I only really saw two options. Push the inequality issue to the back of my mind, or move on. Honestly, I tried the first option for an additional few months, but the unjust inequality was too persistent. I decided to cut my contract short, find remote work, and move on.

"Can you help me find my kitesurfing gear?"

When I arrived in Quito from my long bus ride across the Colombia/Ecuador border, I still thought my kitesurfing gear would be in some sort of customs storage unit. I assumed I would visit customs and then be on my way to Santa Marianita, Manabi, to enjoy the best kitesurfing in Ecuador.

I had no idea how to navigate Ecuador's customs system. The Servicio Nacional de Aduana del Ecuador (or simply Aduana) has a very specific process and requirements for importing goods into Ecuador.

After a few days spent unsuccessfully trying to locate where my gear was, I decided I needed help. I'd met a local Quiteño, Michelle, who had proven to be very helpful already. I decided to push my luck even further by asking her to assist me in navigating the Aduana's seemingly complex labyrinth of hoops to jump through in order to access my gear.

And help she did.

Numerous phone calls and a couple of office visits later, it turns out my gear was in Ecuador. BUT, they were not going to release it until I'd paid various customs fees and taxes amounting to approximately 40% of my kitesurfing gear's purchase price.

Now, my kitesurfing gear was more than 5 years old, clearly used and for personal use. So, paying 40% tax on this seemed absolutely ridiculous. I once again pestered Michelle for her assistance to try and work how I could receive my gear without being held to the 40% ransom.

We tried a bunch of different things. All to no avail. And then my gear started moving from one location to another (we never understood why).

I'd already been in Quito for several weeks at this point and was more determined than ever to kitesurf in Ecuador!

So, I left for Santa Marianita and rented gear there instead. The kitesurfing was great and we even had whales breaching around us. Just magical, really.

Whilst in Santa Marianita, I managed to convince Michelle to jump on a plane and join me for a few days of relaxation and kiting. She tells me she enjoyed it...

After a month at the beach, there was still no sign of my gear and the paper trail on it had now gone cold. Nobody seemed to know where it was. I'd given up on it.

In hindsight, I should have paid more attention to Ecuador's importing process and associated fees. Don't be like me - find out what electronics you can bring with you without paying customs fees.

But, Michelle and I continued to see each other and explored a bunch of places in and around Quito together.

I guess it was kinda official when I met Michelle's family. They didn't object too loudly to this kitesurfing gringo, so I took that as acceptance and ran with it.

We eventually moved into her apartment and shortly after moved to a more central apartment. Finally, we moved to Cuenca where we both really enjoy it.

But, it's not just Michelle that has captivated me about Ecuador. It's the package. The natural environment, humble yet generous Ecuadorians and the cost of living are all great reasons to stay. Yes, there is still wide income inequality, but it isn't as jarring as I experienced in Dubai.

Ecuador is not perfect. But that's ok. It's the reason I now call Ecuador home.

Just don't try and import anything if you don't know what you're doing.

Oh, and if you're wondering, my gear did eventually turn up... at my parent's house in Australia.

BOOK YOUR NEXT ECUADOR TOUR 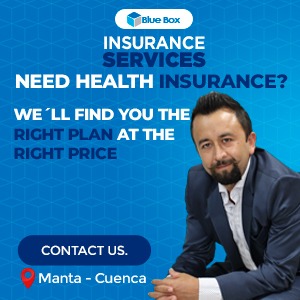